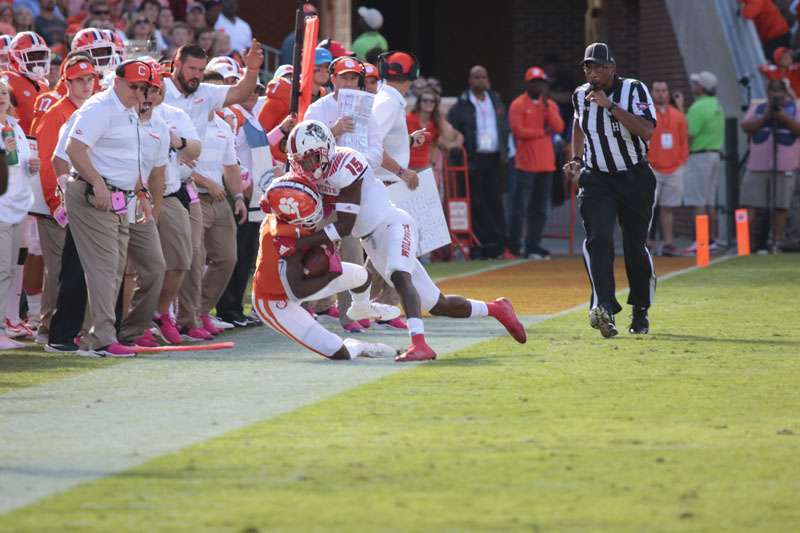 Tee Higgins caught a 46 yard pass on a deep crossing route for Clemson’s second touchdown of the day. Trevor Lawrence had previously overthrown multiple deep passes before connecting with Higgins.

NC State was in Clemson territory near the end of the half before a fumble on third down sparked a Tiger scoring drive. Ryan Finley was intercepted two passes later on a tipped pass that nearly cost them another touchdown (the Tigers scored a field goal).

The atmosphere at Death Valley was the loudest of 2018 so far and both teams were playing with an edge to start the game. Clemson’s string of slow starts ended as the Tigers (albeit with the ball first) built a 14-0 lead to end the first quarter.

Clemson is taking advantage of NC State’s poor decisions on both sides of the ball and making pundits question why they took the under on the 17 point spread.

Defensively, Clemson has taken advantage of NC State’s poor play calling and only allowed four chunk plays all half (run over ten yards, pass over 15 yards). Whatever remained of the Ryan Finely hype train is derailed: his first half stats are 7-13 for 58 yards and a pick (albeit a probable touchdown was dropped).

On the other side of the ball, Trevor Lawrence and the wide receivers are putting on a clinic with their short passes to the boundary. The Wolfpack’s plan to give the Tigers a cushion and bend but don’t break isn’t working.

Clemson bit on Ryan Finley’s play action pass to Kelvin Harmon at the end of the first quarter. If Harmon had held on to the ball it would have been a touchdown that would ha. Later on the same drive, Clemson allowed 21 yards on a third-and-22 draw play – they are lucky that NC State punted on 4th and one.

Clemson struggled to extend the lead from 14-0 and let NC State hang around in the second quarter (around fifteen minutes of game time) before posting their third touchdown near the end of the half.

After K’Von Wallace’s 46-yard interception return on a tipped ball to the four yard line, a litany of time outs and penalties forced Clemson to settle for a 28-yard field goal by Greg Huegel.

A 24-0 lead isn’t insurmountable, but NC State’s collapse at the end of the half combined with their conservative coaching is putting the Wolfpack in a tough position. They will need to totally change their game plan if they want to come back in the game.

Clemson needs to keep their momentum from the beginning and end of the half and translate it into consistency throughout the game. 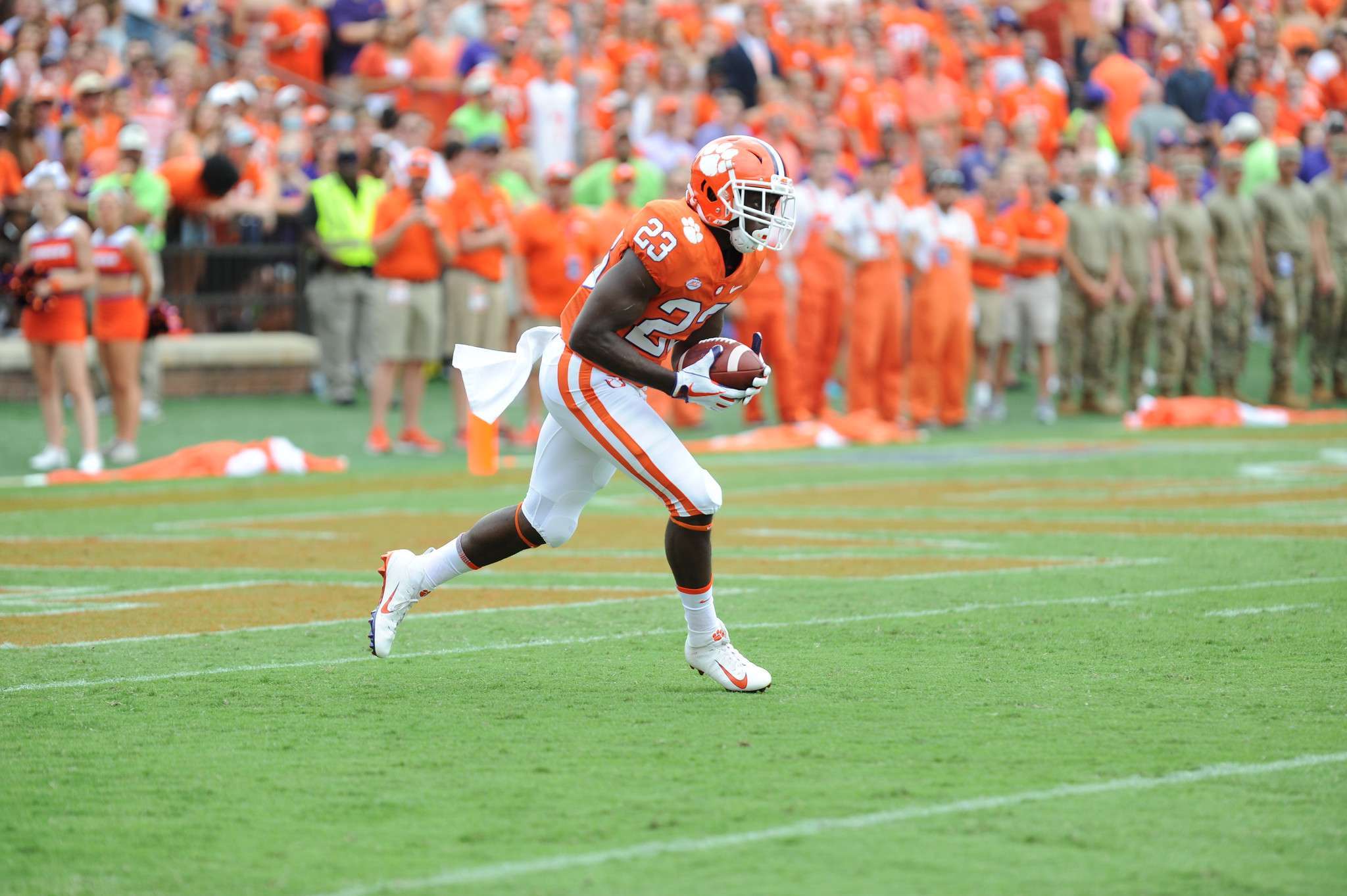