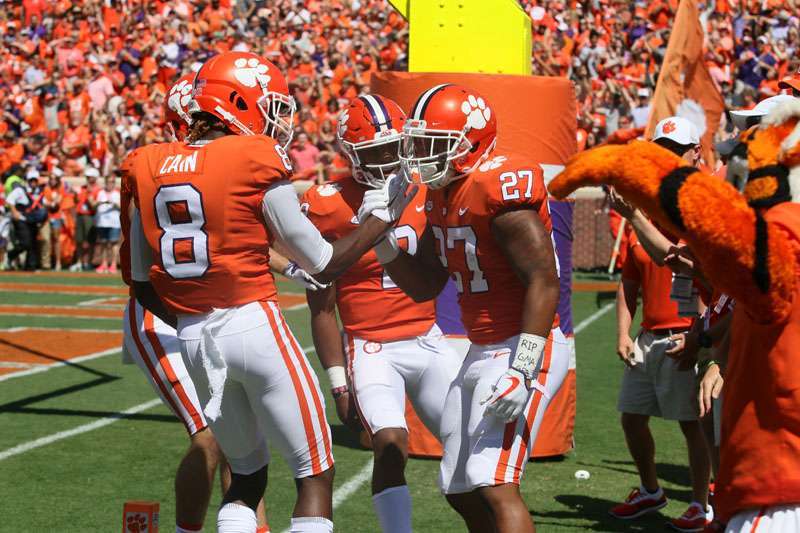 Clemson, SC – If Danny Ford and Gene Stallings would crack a beer over last week’s narrow win over Syracuse, this week’s domination of Wake Forest would be their picture perfect win.

The first three drives (six total drives) for both teams totaled negative six yards. Clemson had eighteen yards, while Wake Forest had negative twenty-four yards. The drives were filled with lackluster screens and punts in yet another slow start for Clemson.

When you need a big play, just put the ball in the hands of your playmakers.

Travis Etienne turned a simple counter play into a 59-yard score that set the tone for the rest of the game on their first play of the fourth drive.

Clemson would score on a balanced drive at the beginning of the second quarter, but Tavien Feaster was unfortunately injured and did not return to the game.

If Etienne’s 59-yard run represented one extreme of how Clemson can score, Trevor Lawrence’s 55-yard touchdown bomb to true freshman Justyn Ross represented the other extreme.

The first half was crowned by a ten play, 81-yard drive that ended with Tee Higgins catching a 20-yard score to extend Clemson’s lead 28-0 going into halftime.

With a heavy lead and the momentum, Clemson ran the ball down Wake Forest’s throat the second half at will. Out of the 243 yards gained in the third quarter, 241 were from rushing.

The three Clemson scores in the third quarter were scored by Clemson’s three healthy running backs: a 70-yard draw play by Etienne, a 64-yard run up the middle by Adam Choice, and a 65-yard rush by Lyn-J Dixon.

Wake Forest’s lone score was a 25-yard field goal by Nick Sciba in the middle of the third quarter.

Chase Brice engineered another touchdown drive, throwing passes to Will Swinney in a drive that was topped off with an impressive two yard scoring catch by Diondre Overton, extending Clemson’s lead to 56-3.

Ben Batson and Hunter Renfrow each earned their respective drives taking snaps, to the chagrin of Christian Wilkins.

Fans were disappointed to not see Hunter Renfrow throw a pass on third and five near the end of the game, but the disappointment changed to joy when Lyn-J Dixon rushed 52-yards for another touchdown, making the final score 63-3.

Sam Hartman completed seven of his twenty passes for 74 yards, and star Greg Dortch only caught three passes for 37 yards. Backup quarterback was their leading rusher with 92 yards (boosted by a 53 yard run), as their main running back mustered 27 yards on twelve carries.

On a weekend when fans questioned Clemson’s ability due to lack of a statement win, a 63-3 demolition of a (now) 3-3 Wake Forest coupled with a loss by Oklahoma should put fans fears at ease entering the open date. 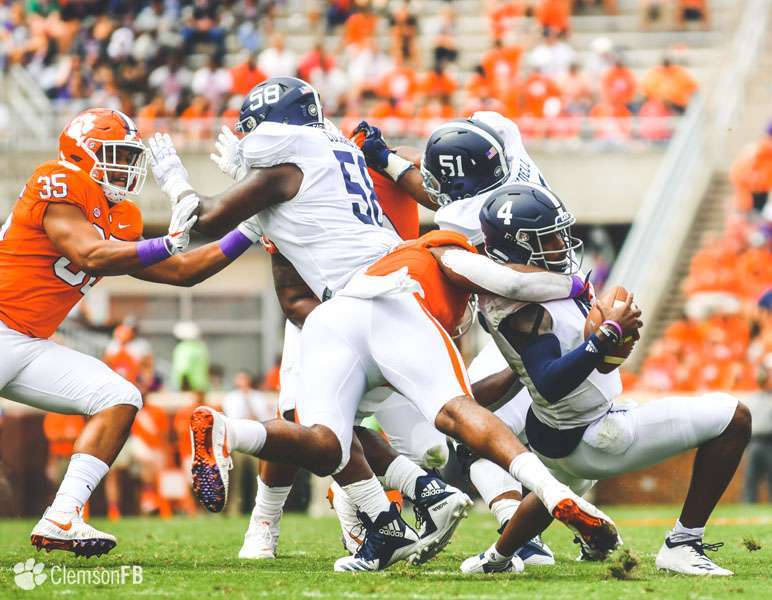