Strengths: Everything. The Tigers have 388 yards, while the Wolfpack only managed 38 yards on the half excluding the end-of-half scare (a 41-yard rush by Zonovan “Bam” Knight).

Areas for Improvement: None. Truly, none. This could be last year’s Louisville game – a game that might get Doeren fired. The one time NC State was in scoring position (at the end of the half), a muffed snap ruined the opportunity.

What to Watch For: aWill Coach Swinney decide to make a statement by ‘running up the score’ or will he follow the usual route of taking his foot off the pedal. 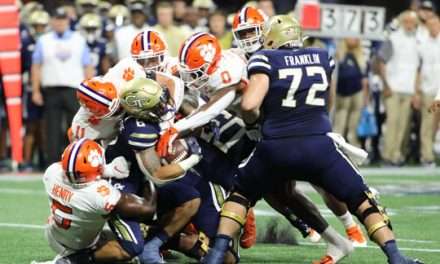