Overview: Even though the fourth seed has won the playoff twice, the playoff was originally intended to settle the dispute between the 2nd and 3rd place teams from 2011. This is the most anticipated playoffs since its inception, as Alabama has failed to make it and three of the four teams have a serious shot at the title.

These are the two most complete and dominant teams in the playoffs. LSU is excellent, but their defense is nowhere near as dominant as Clemson or Ohio State’s. Both teams allow just under four yards a play, but the Tigers gain 7.5 yards per play to the Buckeyes 7. Ohio State scores a couple more points per game (48.5 to 46.5) but Clemson allows a couple less points per game (12.5 to 10.6).  The statistical advantages that favor Ohio State are third down conversions (57 vs 47 percent), red zone defense (64 vs 72 percent), and field goals (83 vs 62 percent).

Clemson’s advantage is their pass-rush vs Justin Fields: he is hobbled and holds onto the ball longer than he should. Combine that with Clemson’s excellent secondary that can force coverage sacks going against Ohio State’s not-elite pass catching corps, and Fields could be in for a long day at the office.

Talent: Ohio State is truly even with Clemson in terms of talent, and it stems from both player development and the Buckeyes three top five recruiting classes in the past four years. Edge defender Chase Young is TDN’s top eligible draft player for 2020, and cornerback Jeffrey Okudah falls not far behind at 7. Opposite Okudah is the 27th ranked player in corner Shaun Wade, while running back JK Dobbins is 41. Quarterback Justin Fields, JK Dobbins, both starting guards, Chase Young, linebacker Malik Harrison, and Okudah all made at least one first team All-Big Ten Team (Coaches or Media).

Oddshark: This is the tightest game Clemson has seen this year by far. Clemson is favored by two points, and the bets are almost even (48% Clemson, 52% OSU). The over/under is 63.5, and 63% of bets are on the over. The projected score is Clemson 44.9, Ohio State 41.6 – it looks like it could be a shootout in the desert.

William’s Take: This is a pick ‘em, go with your gut game. My gut says Clemson because of the Brent Venables factor, but this could go either way. Prediction: Clemson 42, Ohio State 41 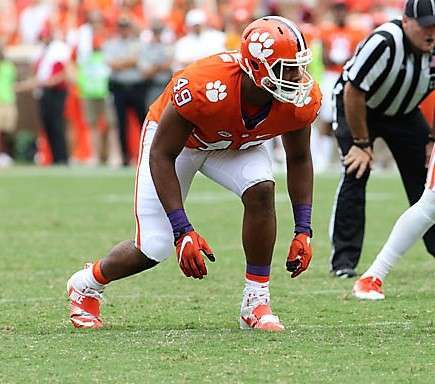 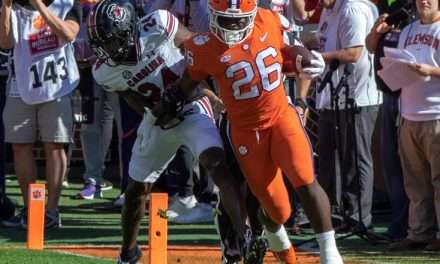