Clemson scored the most points in the first quarter since 2000, with three touchdowns against an overmatched Kent State team in fifteen minutes. Any talk of a talent drop-off or a championship hangover fueled the Tigers to prove that they reload instead of rebuild.

Kent State struggled from the start, with two three and outs. The second three and out was a penalty fest, with five penalties and four third downs before being forced to punt from their end zone.

Kent State ran a type of spread option game, but the Tigers keyed in on the run. Kent State had arguably the worst passing offense last year, and the offseason didn’t change it: Kent State did not throw a pass in the first half.

The Golden Flashes the methodically drove 55 yards down the field in just over six minutes before settling for a 37-yard field goal to make the score 21-3 early in the second quarter.

Clemson’s skill players looked as good as ever, and new quarterback Kelly Bryant has taken command of the offense.

He was electric on the ground, showing the second gear and elite agility that Watson lacked on a 47 yard run.

Bryant threw a beautiful 61-yard score in stride to Deon Cain, who beat the lone safety over the top.

Unfortunately, he missed a couple of throws, including an interception in the end zone to a double covered receiver on a slant route.

More time will tell if he is the definitive answer, but he showed flashes of excellence this half and should give him the confidence necessary to face Auburn’s defense.

As expected, Clemson’s defense looked as strong as ever. Don’t put too much stock into it though, Kent State’s offense is nonexistent. 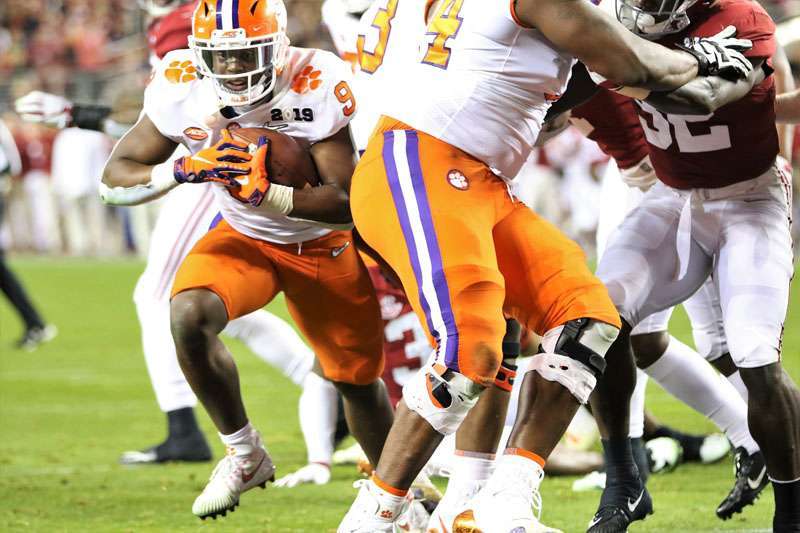