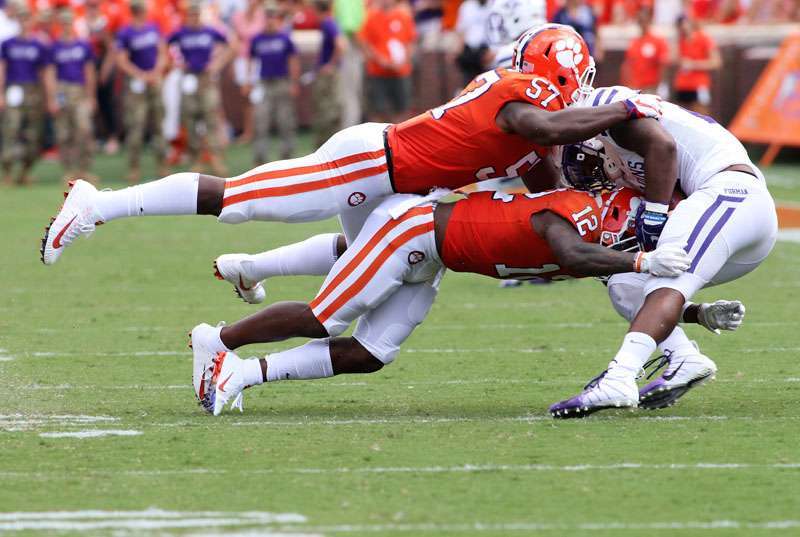 Clemson doesn’t live by the adage, “If you have two quarterbacks, you have none.” For Clemson, it just means they have multiple ways to beat you on offense, and that’s not counting the stifling defense.

Similar to the Furman game, Clemson stumbled out of the gate and was only saved by Texas A&M failing to capitalize on their opportunities. The Aggie’s Daniel LaCamera narrowly missed a 26-yard chip shot before nailing a 40-yard field goal after Clemson went three and out.

Up until that point the Aggies and the 12thMan had the momentum. All Clemson needed was a spark, and it came in the form of Amari Rodgers taking a quick strike from Kelly Bryant 61 yards into the red zone.

Senior Kelly Bryant capped his first scoring drive with a one-yard rush a few plays later, and then it was the famous freshman Trevor Lawrence’s turn.

Just as Amari Rodgers had provided Kelly Bryant with a spark, Tee Higgins took Trevor Lawrence’s quick pass into double coverage 65 yards down the field to put the Tigers up 14-3 early in the second quarter.

Clemson hoped that the floodgates would open and they would race to a massive lead similar to Georgia did earlier in the day against South Carolina. The Aggies knew they were backed against a wall and had to make something happen before halftime.

Neither team’s wish would be fulfilled due to different miscues for each team. Clemson’s defense stifled Texas A&M and prevented Kellen Mond and Traveyon Williams from showing off their talent. The Aggies only other scoring opportunity was stopped when LaCamera’s 50-yard attempt was blocked by Dexter Lawrence.

The Tigers struggled with two short drives led by Trevor Lawrence before Kelly Bryant returned for Clemson’s last major drive of the half. The momentum Clemson was missing finally returned, and two minutes before halftime Clemson faced 4th and goal from the one-yard line.

Clemson made the correct call in going for the score, but the second botched snap of the game robbed fans of seeing the Jumbo Package work.

The offense couldn’t capitalize on the chances the defense gave them and the 14-3 score held until halftime.

The second half began just like the first ended with both teams struggling and neither breaking away. Clemson’s first drive was marred by another bad snap, and Texas A&M’s LaCamera kicked a 40-yard field goal to make the score 14-6 Clemson.

The game fundamentally changed a few minutes later as the defensive battle transitioned to an offensive shootout. A promising Kellen Mond led drive was abruptly stopped when the quarterback was shaken up. Veteran backup Nick Starkel came in for a play, and Clemson’s defensive line capitalize don the opportunity. Star Clelin Ferrell sacked Starkel and backup Justin Foster recovered the fumble.

Kelly Bryant and the Tigers didn’t let this opportunity slip away. Bryant threw a 50-yard pass to Tee Higgins and the scoring strike to Diondre Overton three plays later to go up 28-13. Texas A&M scored near the beginning of the fourth quarter to make the score 28-20.

Just as Clemson wouldn’t waste this opportunity, neither would Texas A&M go down without a fight. The two teams traded blows as the score stayed at 28-20 with no one knowing what would happen next.

Clemson’s defense was uncharacteristically struggling as Kellen Mond threw darts down the field in an effort to tie up the game.

With less than three minutes in the fourth quarter, Kellen Mond threw the game typing strike to Quartney Davis for 23-yards – or so it appeared. K’Von Wallace forced a fumble near the end zone that was ruled a touchback on the field. The call was upheld, Clemson got the ball, and the game was supposedto be over.

Conservative play calling forced Texas A&M to use all three timeouts, but Clemson didn’t make the first down so Texas A&M got another shot at the end zone after a short punt by Will Spiers.

This time, Mond rose to the occasion with a 24-yard strike to Kendrick Rogers to put the score at 28-26 – but his two-point conversion was intercepted. The onside kick failed and the Tigers held on for a game eerily similar to the Clemson Notre Dame game of 2015 – right down to College Game Day.

Many fans in the summer thought that this would be the game where Trevor Lawrence took the quarterback job outright. While both will play all year – Kelly Bryant was the unsung hero of this game and his senior leadership helped tremendously in the intimidating road environment.

While Clemson answered many questions about the team, the Tigers are far from a perfectly tuned machine at this point in the year. From snapping miscues to pass defense, there is still much to correct in the games that lie ahead. Luckily for the Tigers – every win is the same, they are 2-0, and there are many more games to be played. 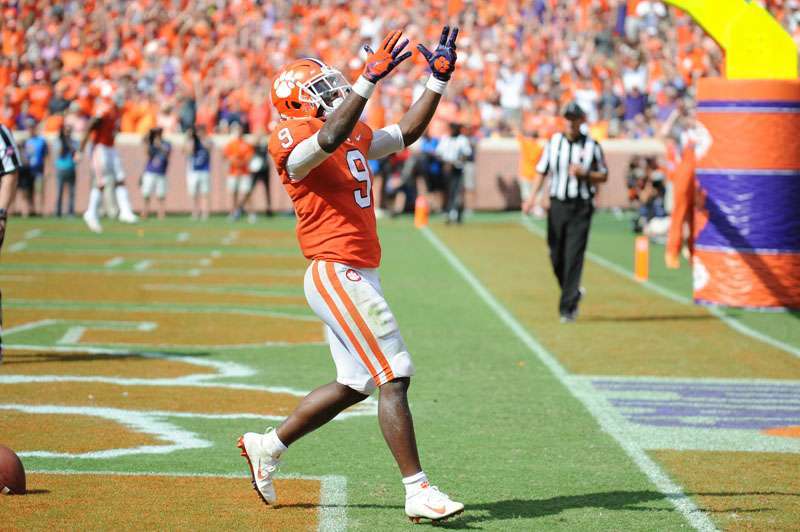 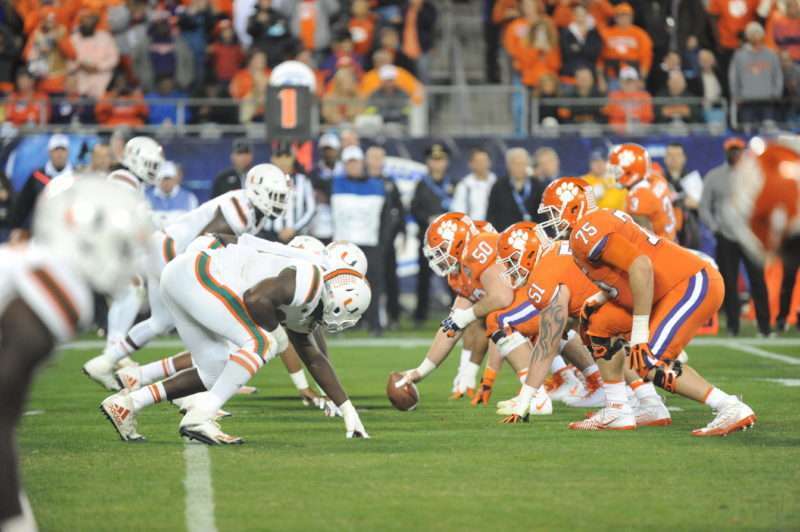