Clemson, S.C. — Clemson plays eight bowl teams who finished with winning records in 2017 according to the 2018 football schedule released by the Atlantic Coast Conference Wednesday. The slate also includes a pair of non-conference games against SEC teams for the eighth time in the last nine years.

Dabo Swinney’s Tigers will play all 12 of their regular season games on Saturdays for the first time since 2015 and for just the second time in the last seven years.    The open date is on October 13, squarely in the middle of the schedule.

Clemson opens the season against Furman on September 1. The Paladins are Clemson’s oldest football rival, as the schools met in Clemson’s first football game in 1896. It will be the first meeting between the institutions since 2012.

The Tigers then go on the road to face Texas A&M at Kyle Field, a venue that holds over 100,000 fans. It will be Clemson’s first trip to Texas A&M since 2004 when the Aggies defeated the Tigers, 27-6. Clemson won the last meeting 25-24 at Death Valley on a last second field goal by Jad Dean.

Clemson returns home the following Saturday for its third-straight non-conference game against Georgia Southern in the first meeting between the two schools.

The league schedule opens on September 22 at Georgia Tech, the sixth straight year Clemson has had its first league game on the road. Clemson has won at Georgia Tech just once since 2003 and the victory took place in 2016 during Clemson’s National Championship season.

Clemson then travels to Wake Forest for the first game of October on the sixth of the month. The Tigers have won 10 straight games dating to 2011 in the state of North Carolina, including three ACC Championship games played in Charlotte.

After the open date, Clemson returns home to face NC State.  The Tigers have won consecutive games by seven points or less over the Wolfpack, the only ACC opponent to be within a touchdown of the Tigers each of the last two seasons.

Clemson and Florida State meet in Tallahassee on October 27 in a battle of the schools that have won each of the last nine Atlantic Division championships.  Clemson has won each of the last three meetings, including last season’s 31-14 victory which clinched the division title.

Three of Clemson’s four games in November will be at home and the month begins against Louisville on November 3.  The Tigers have defeated Louisville all four years the Cardinals have been in the ACC, but three of the wins have been by a touchdown or less.

Clemson’s final ACC road game will be at Boston College on November 10.  It will be Clemson’s latest trip to Boston on the calendar since the Eagles joined the ACC in 2005. Clemson has won seven straight over the Eagles.

Swinney’s Tigers conclude their ACC slate on November 17 with a home game against Duke, the first meeting between the two schools since 2012, and Duke’s first trip to Death Valley since 2008 when Swinney was the interim coach. Duke has not won at Clemson since 1980. 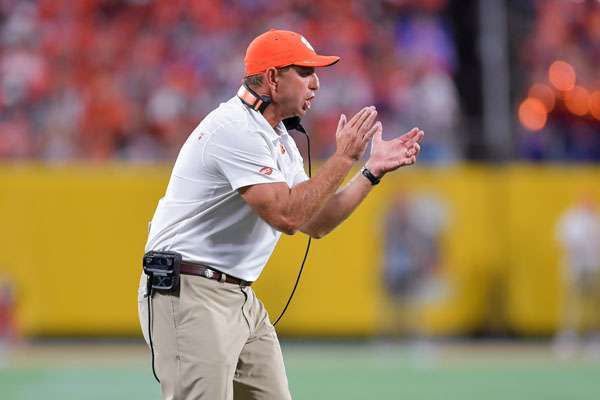 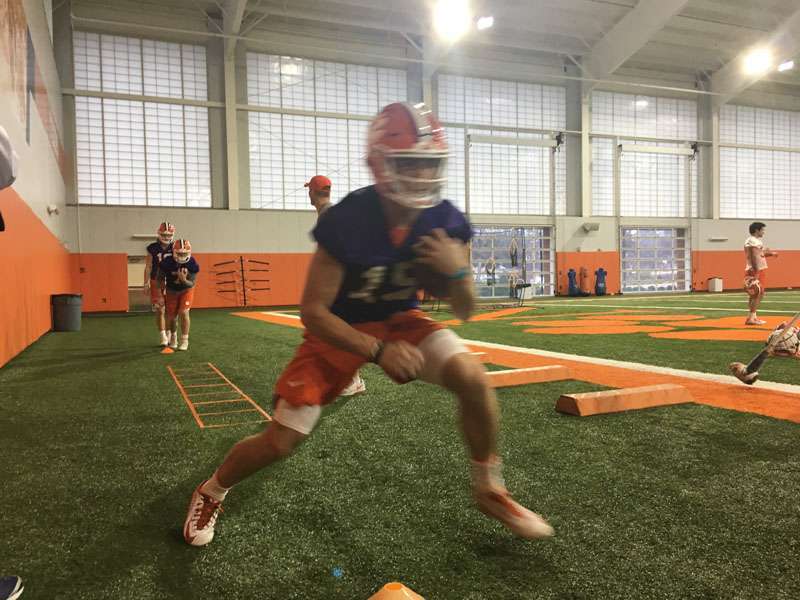