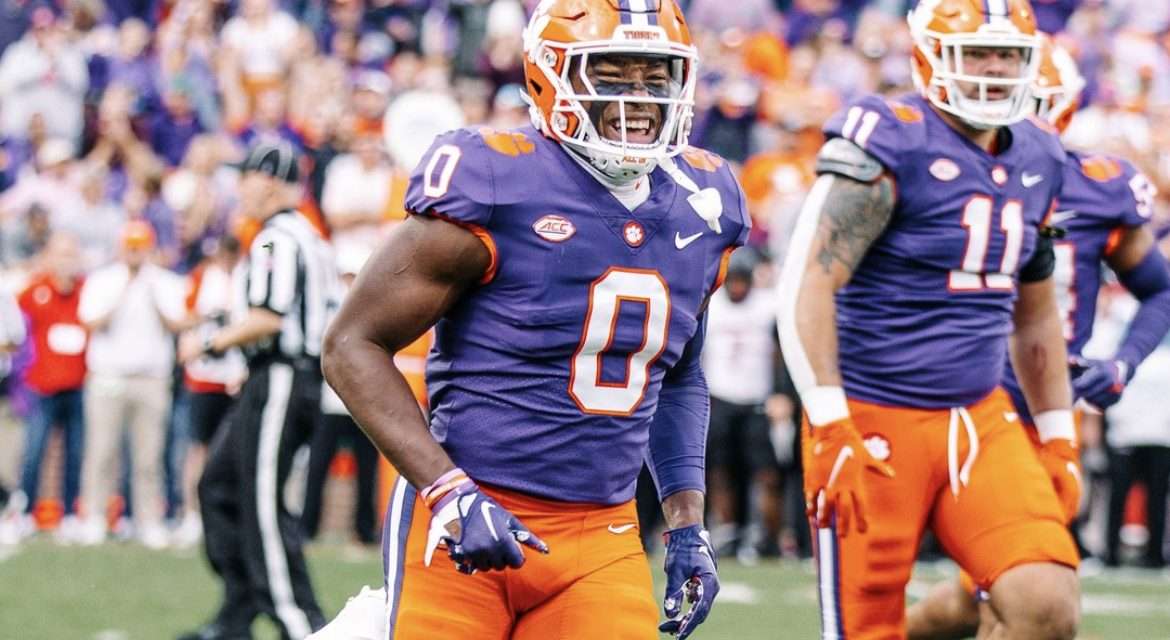 CLEMSON, S.C. — Clemson linebacker Barrett Carter has been named ACC Linebacker of the Week for his performance in Clemson’s 31-16 victory against Louisville on Saturday.

Carter’s selection is Clemson’s 10th ACC weekly accolade of the season and its second ACC Linebacker of the Week award in that time, joining Jeremiah Trotter Jr.’s selection following Clemson’s win against Florida State. Clemson has now garnered a total of 563 ACC weekly honors since 1968.

Against Louisville, Carter was credited by the gameday stat crew with eight tackles (3.5 for loss), two sacks, an interception and a pass breakup. In the process, he became the first player to record 3.5 or more tackles for loss, 2.0 or more sacks and an interception in a game between two Power Five teams since South Carolina’s Melvin Ingram against Auburn in 2011.

This season, Clemson’s coaching staff has credited the All-ACC candidate with 50 tackles, 8.5 tackles for loss, 4.0 sacks, five pass breakups, two interceptions and two forced fumbles. Prior to 2022, the last two Power Five players to reach 8.5 tackles for loss, 4.0 sacks, two interceptions and two forced fumbles in a season were Clemson’s Isaiah Simmons (2019) and Georgia’s Nakobe Dean (2021), both of whom won the Butkus Award as the nation’s top linebacker in those campaigns.