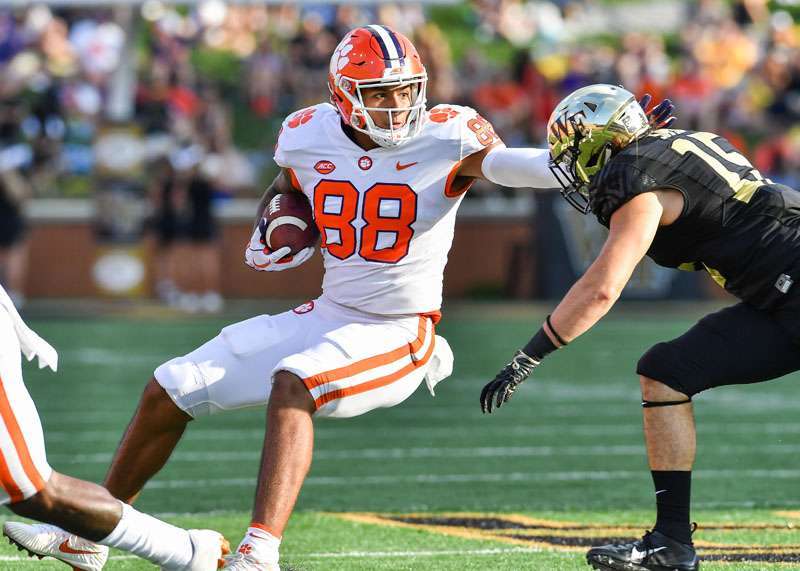 We are disappointed in the results of the appeal and continue to believe our student-athletes did not knowingly ingest any banned substances. The Athletic Department takes seriously its role in the education, testing and enforcement of supplement and performance-enhancing substances. We will continue to adhere to best practices with respect to supplement use by student-athletes and support the position of the NCAA in its testing for PEDs.

Student-athletes at Clemson have taken 329 tests for PEDs since 2014, and all results have been negative except for the trace amounts found during the December 2018 tests. The two current student-athletes were tested prior to the December test, including in April and October of 2018 and again in January and February of 2019, and results came back negative for PEDs. Clemson maintains a rigorous education and testing program, and all supplements are reviewed with Clemson Athletics Nutrition and Sports Medicine as well as the Clemson Compliance Office prior to approval for usage to ensure that no banned substances are included in the products.

In compliance with the Family Educational Rights & Privacy Act, Clemson is not authorized to discuss further details of the appeal. Any further questions regarding the appeal should be directed to the student-athletes’ representation.
STATEMENT FROM ATTORNEY:
ROBERT M. ARIAIL, ATTORNEY AT LAW

STATEMENT FROM STUDENT-ATHLETES’ REPRESENTATIVE
The appeals on the penalties imposed on Braden Galloway and Zach Giella to the NCAA Committee on Competitive Safeguards
and Medical Aspects of Sports have been denied, and both student-athletes will be ineligible for the 2019 football season. The
imposed sanctions were the result of a trace amount of Ostarine being detected in both students’ December 2018 NCAA drug
tests.
The student-athletes repeatedly have stated that they have no knowledge of how Ostarine entered their bodies. Their assertions
were confirmed by a polygraph examination taken by each. Both student-athletes had negative test results for prohibited
substances in multiple urine drug screens in April and October of 2018, just before their positive December 2018 test, and again
in both January and February of 2019, just after the December positive test.
Ostarine is a known contaminant of legitimate products. As part of the appeal, the student-athletes presented statements from
scientific experts which confirmed that the very low levels detected in December 2018 were indicative of contamination of
legitimate products. A medical review committee of the World Anti-Doping Agency (WADA) recently recommended that in
cases such as this, no positive findings be made. Similarly, the U.S. Anti-Doping Agency (USADA) has, in recent months, lifted
the previously imposed suspensions against five athletes who tested positive for trace levels of Ostarine.
The WADA report also noted that in many cases, the identification of the contaminated product is not possible. The students’
scientific expert stated that Ostarine can remain in one’s system for an indeterminate amount of time, making it even more difficult
to pinpoint the source of contamination. In the December 2018 instance, the student-athletes were unable to identify the source
of contamination. As part of the appeal process, an independent lab tested 27 supplements and products, and none came back as
contaminated.
Current NCAA policy places the burden on the student-athlete to explain the cause of the positive test result, even for trace
amounts of a banned substance.
We presented to the Committee convincing evidence that the student-athletes had not voluntarily or intentionally ingested
Ostarine. We also presented evidence that the two primary regulatory agencies for drug testing of athletes, WADA and the
USADA, have concluded that Ostarine is a wide-spread contaminant which is placed in other consumer products without
identifying it on the label. This can produce a very low concentration of Ostarine upon testing. Thus contamination, found in
“very low” or “trace” amount levels makes it impossible to determine whether the Ostarine is the result of intentional use or
ingested through the consumption of a legitimate product contaminated with Ostarine. The issue has forced both agencies to
take action that would remove “very low” or “trace” readings, like in this case, from consideration for sanctions.
The NCAA committee, when presented with this evidence, failed to recognize the existence of the major change described
above. Thus, it proceeded to use the current practice and policies in place and denied the appeals. Change in this area for the
NCAA is inevitable and should have been recognized and applied in this case to reach a fair conclusion. Its failure to do so
resulted in an unfair denial of our appeal.
The student-athletes are in complete agreement that PEDs have no place in collegiate athletics. In this case, it is our strong
belief that no violation occurred. We hope that this case serves as a call for the NCAA to modify its policies on PED testing and
enforcement so that they are consistent with WADA’s proposed rules as well as the USADA.
The student-athletes will have no further comment on this matter. They would like to thank Clemson University for its support
of their appeal.