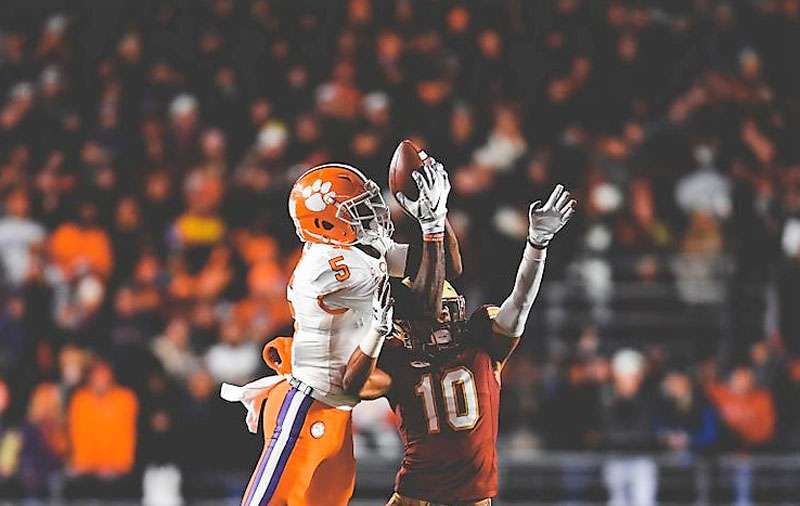 CHESTNUT HILL, Mass. – The No. 2/2 Clemson football team clinched the ACC Atlantic Division crown for the fourth consecutive season on Saturday, defeating the No. 17/14 Boston College Eagles, 27-7, at Alumni Stadium. With the win, Clemson remained undefeated on the season at 10-0 overall and 7-0 in the ACC, while Boston College moved to 7-3 overall and 4-2 in conference play.

Offensively, Trevor Lawrence quarterbacked a balanced effort, hitting eight different receivers in the first half alone and completing 18 of 25 pass attempts for 216 yards and a touchdown in the first 30 minutes. Hunter Renfrow led the receiving corps with 80 yards on eight catches, both season highs for the graduate wideout. Defensively, the Tigers held the Boston College offense to just 24 yards in the first half and 113 total. Tanner Muse led the way with 10 total tackles, and 10 different players were credited with at least a portion of a tackle for loss.

Clemson opened the scoring on a 30-yard Greg Huegel field goal just under three minutes into the matchup, and it was Boston College that scored next when Michael Walker returned a Tiger punt 74 yards to put the Eagles up 7-3 with six minutes left in the first quarter. However, Lawrence connected with Milan Richard on a fourth-and-goal play to retake the lead for the Tigers before the quarter expired, and they never relinquished it.

The Tigers took a 27-7 lead on an Amari Rodgers 53-yard punt return score with 11 minutes remaining in the game, and that proved to be the final score.

Clemson is slated to play its final two games of the regular season at home, with the first being a Military Appreciation Day matchup with Duke next weekend. A kickoff time against the Blue Devils is yet to be announced. 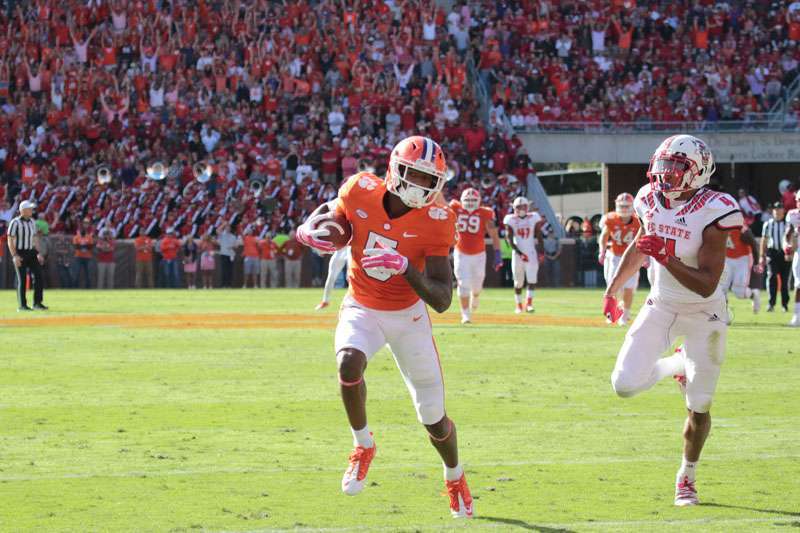