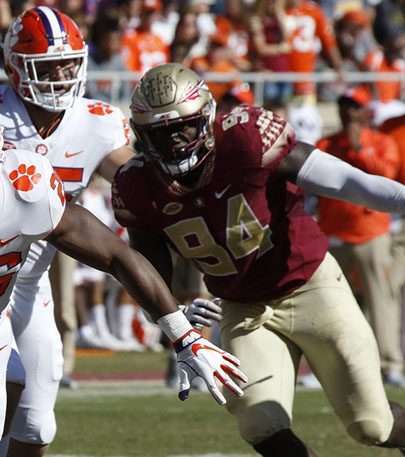 Clemson will attempt to rebound from its first regular season loss in more than three calendar years when the Tigers face the Florida State Seminoles on Saturday, Nov.
21. Kickoff at Doak Campbell Stadium is scheduled for noon ET.  Saturday represents unfamiliar territory for Clemson of late: a game following a regular season loss. Clemson
has responded well in those rare instances in recent years though, as the Tigers have not lost back-to-back games since November 2011. A win on Saturday would push Clemson to 26-6 in games following a loss under Dabo Swinney, including season openers following a
loss in the previous season finale.

This week, Clemson seeks a third straight win at Doak Campbell Stadium for the first time. Clemson will attempt to become only the fifth program ever to win three consecutive road games against Florida State in Tallahassee, joining Florida (six straight from 1966-76, three from 1982-86 and 2004-08), Houston (four from 1966-78), Memphis (three from 1969-75) and Miami (Fla.) (five from 1957-77 and four from 1981-87).
With a win, Clemson quarterback Trevor Lawrence (31-1) can tie the Clemson record for career wins by a starting quarterback, held jointly by Rodney Williams (32 from 1982-85), Tajh Boyd (32 from 2010-13) and Deshaun Watson (32 from 2014-16). Lawrence opened
his career with wins in his first 25 consecutive starts prior to suffering his only loss in last year’s College Football Playoff National Championship. Dating to his time at Cartersville (Ga.) High School, he is 64-0 in regular season games as a starter, as his only losses
across those two levels have come in postseason play. One of Lawrence’s top targets in 2020 has been his partner in the backfield, running back Travis Etienne. Etienne ranks second on the team in both receptions (37) and receiving yards (491). With 634 rushing yards and 491 receiving yards this season, Etienne became only the fourth FBS player since 2000 (and the first since consensus All-American Saquon Barkley in 2017) to post at least 600 rushing yards and at least 450 receiving yards through the first eight games of a season. 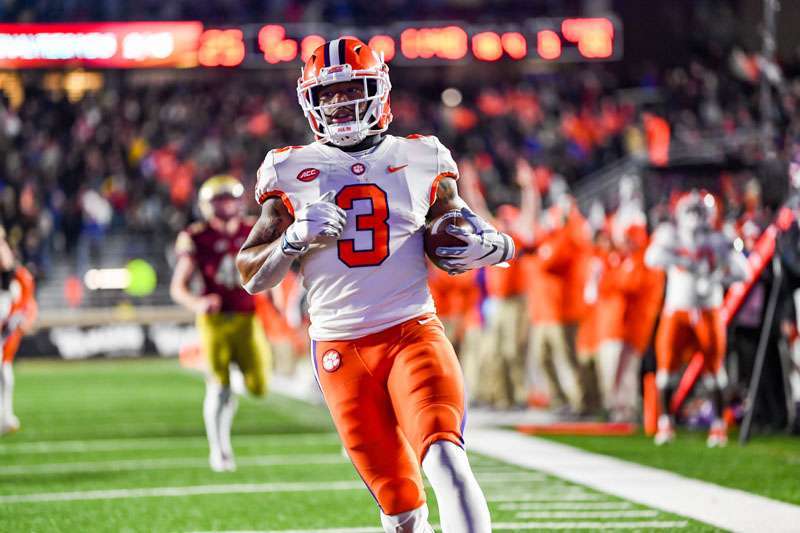