CLEMSON, S.C. — The Football Writers Association of America announced today that tackle Mitch Hyatt and Christian Wilkins have been named semifinalists for the 2018 Outland Trophy, presented annually to the nation’s top interior lineman. In addition, Wilkins has been named one of five finalists for the 2018 Bronko Nagurski Trophy, which honors the best defensive player in college football each year.

Hyatt has started every game this season for the nation’s fifth-ranked scoring offense (45.7 points per game) and ninth-ranked total offense (526.6 yards per game). His contributions on the offensive line have contributed to a number of stellar performances by members of the team’s offense, helping true freshman quarterback Trevor Lawrence lead the ACC in passing efficiency (158.60) and passing touchdowns (19) and powering three different running backs (Travis Etienne, Adam Choice and Lyn-J Dixon) to Top 12 national ranks in yards per carry. He earned Outland Trophy Offensive Player of the Month in October.

Earlier this season, Hyatt broke center Dalton Freeman’s school record for career snaps from scrimmage, as he enters this week’s contest with 3,420 career snaps to his credit. This week, he is expected to make his 53rd career start, which would break Clemson’s school record of 52, set by kicker Chandler Catanzaro.

Wilkins has started all 10 games for Clemson, serving as a key interior presence on a Clemson defense that ranks among the national leaders in almost every major statistical category. Thanks in part to both Wilkins’ production, presence and leadership, the Tigers rank tied for first in the country in scoring defense (12.7 points per game), second in total defense (253.6), third in rushing defense (82.3 yards per game) and ninth in passing defense (171.3 yards per game).

This season, Clemson’s coaching staff has credited Wilkins with 40 tackles (10.5 for loss), 10 quarterback pressures, 3.0 sacks, a forced fumble and a fumble recovery. Wilkins also became the first Clemson defensive lineman in the two-platoon era to score a rushing touchdown when he scored on a one-yard touchdown run at Florida State.

In addition to being a Nagurski finalist and Outland semifinalist, Wilkins has been named a finalist for the William V. Campbell Trophy and the Senior CLASS Award. 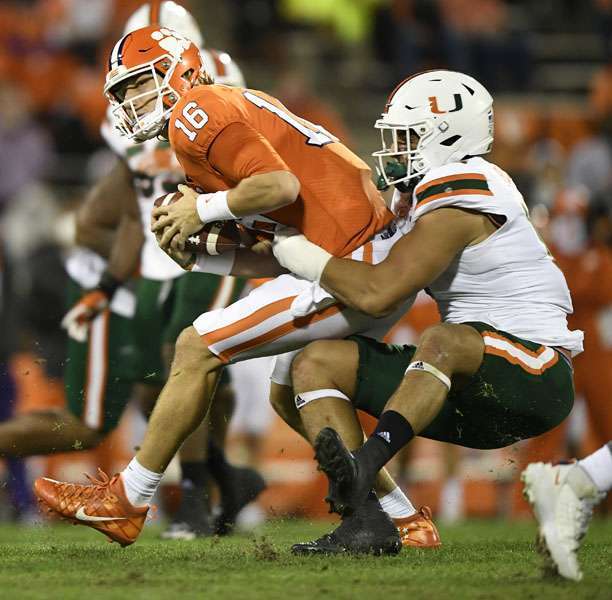 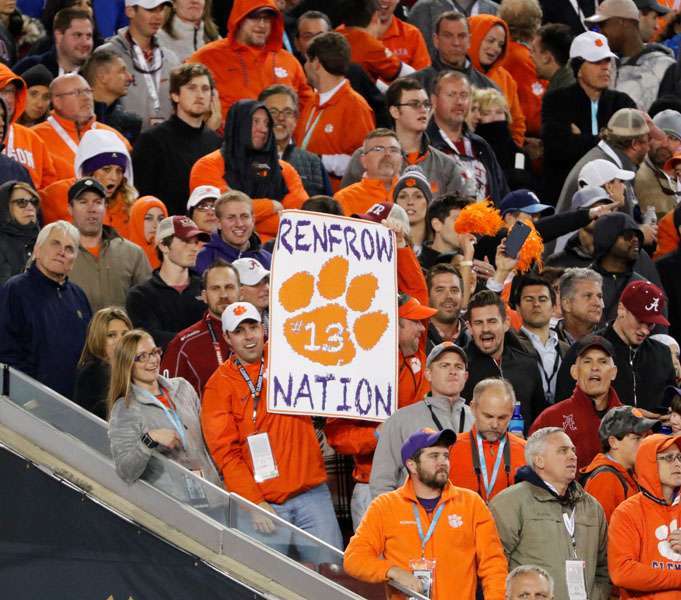 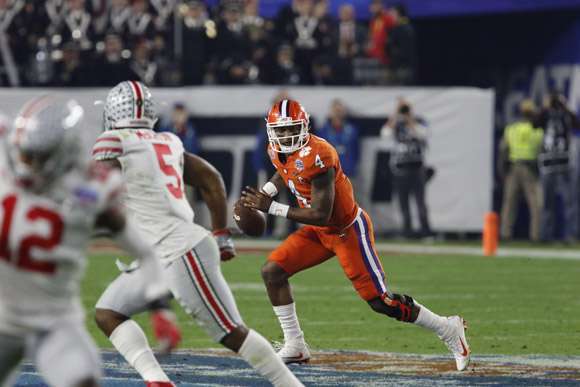