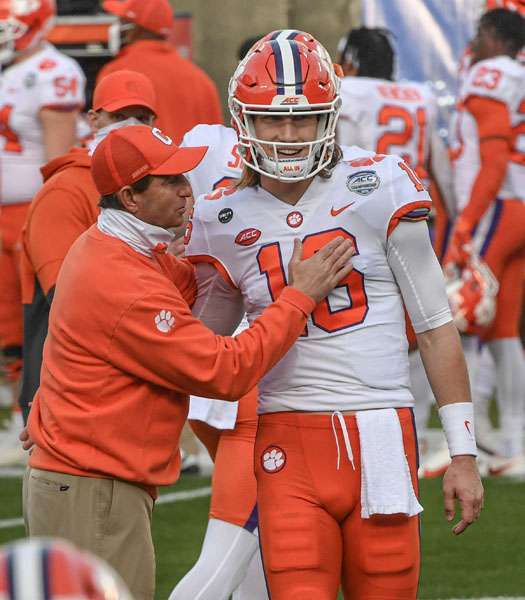 The Heisman Trophy Trust announced on Thursday night that Clemson quarterback Trevor Lawrence has been named a finalist for the 2020 Heisman Trophy, presented annually to the nation’s most outstanding player. This year’s Heisman Trophy will be awarded on Tuesday, Jan. 5, in a ceremony to be televised on ESPN at 7 p.m. ET.

Lawrence joins two-time finalist Deshaun Watson (third in balloting in 2015, second in 2016) as the only Clemson players ever to be named a finalist since the Heisman Trust began officially recognizing finalists in 1982. Lawrence is joined on this year’s list of finalists by Alabama quarterback Mac Jones, Alabama wide receiver DeVonta Smith and Florida quarterback Kyle Trask.

Per the Heisman Trophy Trust, “The Heisman Memorial Trophy annually recognizes the outstanding college football player whose performance best exhibits the pursuit of excellence with integrity,” a description that encapsulates Lawrence’s prolific junior season in 2020 as well as his historic Clemson career. The finalist selection is additional recognition for a player that has served as one of the preeminent faces and voices of college football in recent years.

Within the last few weeks, Lawrence has also been named as a Maxwell Award finalist, a Davey O’Brien Award finalist and a Manning Award finalist. On Wednesday, he earned ACC Player of the Year honors after a 322-yard passing performance for which he earned ACC Championship Game MVP in a commanding 34-10 win against No. 2 Notre Dame. Entering bowl season, he is the only quarterback in the nation to defeat multiple AP Top 10 teams this season.

Lawrence has led the nation’s fourth-ranked scoring offense (44.9 points per game) and seventh-ranked passing attack (343.8), both totals exceeding Clemson’s output during Watson’s 2016 season as the Heisman runner-up. Lawrence and the Tigers are presently ranked No. 2 in the country, as Clemson will make its record sixth straight College Football Playoff appearance on Friday, Jan. 1 in the College Football Playoff Semifinal at the Allstate Sugar Bowl.

In addition to his on-field efforts, Lawrence has had a transcendent impact off the field as well, earning a selection on this year’s AFCA Good Works Team. Last March, he and his now-fiancée helped organize COVID-19 relief efforts in both Upstate South Carolina and his home community of Cartersville, Ga. Over the summer, he was one of four Clemson players who helped organize and lead the Clemson Community Peaceful Demonstration that attracted several thousand people to Clemson’s campus. And in August, he and his teammates vocally ignited the #WeWantToPlay movement, mobilizing college football players around the country in support of playing the college football season safely in the midst of the COVID-19 pandemic.

Clemson has had eight previous top 10 finishes in Heisman history, led by Watson’s second-place finish in 2016. Lawrence finished seventh in Heisman voting a season ago and will attempt to bring home the trophy whose namesake, John Heisman, served as Clemson’s coach from 1900-03. 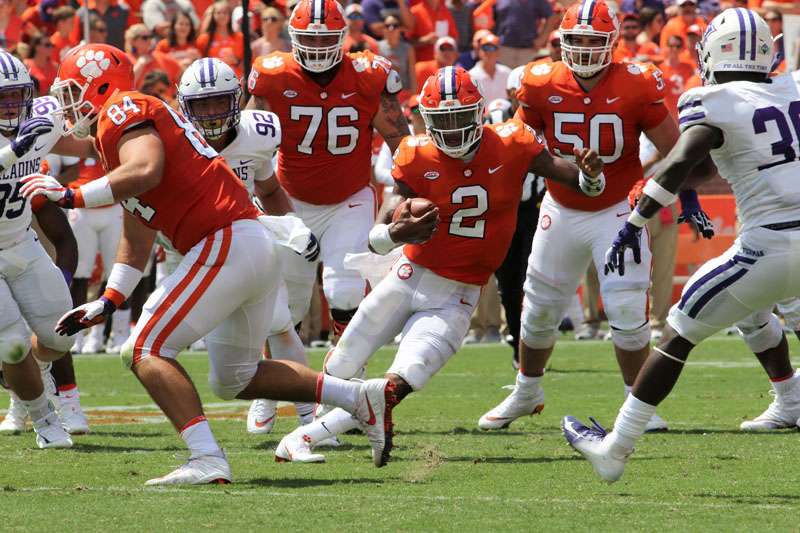