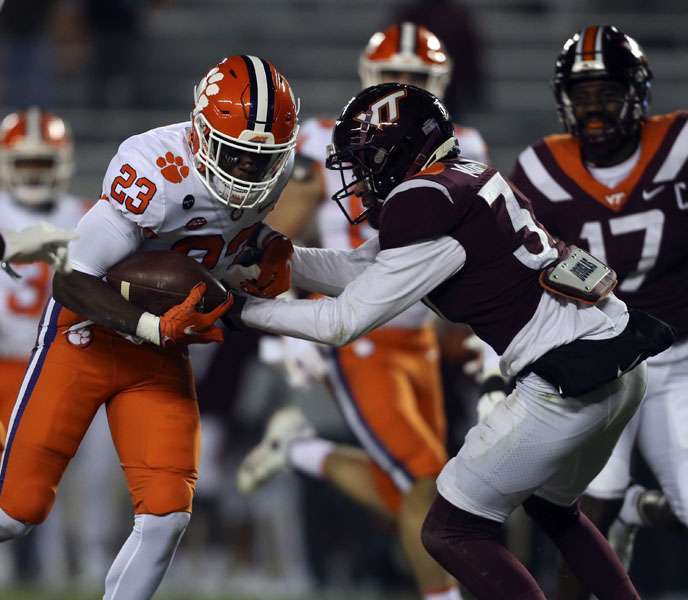 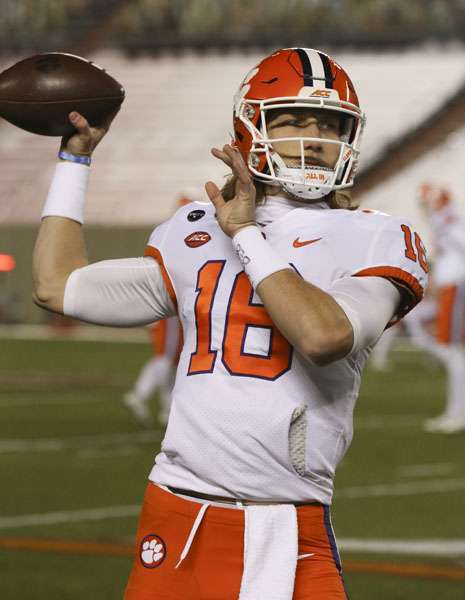 After a competitive first half, the Tigers pulled away from the Hokies (4-6, 4-5 ACC) with the help of three fumbles recoveries, two of which resulted in Clemson touchdowns. Virginia Tech was held to a scoreless second half and only 131 total rushing yards, its lowest single-game-total this season.
Clemson opened the scoring with a 28-yard B.T. Potter field goal, but the Hokies responded to take their only lead of the game on a seven-play, 75-yard touchdown drive. The Tigers regained the advantage when Lawrence scampered for a 17-yard score, joining Tajh Boyd (133), Lamar Jackson (119), Deshaun Watson (116) and Philip Rivers (112) as the only players in ACC history to be responsible for 100 career touchdowns (scored and/or thrown).
After a 55-yard Virginia Tech field goal evened the score at 10 apiece, Lyn-J Dixon capped off a 75-yard drive with a 19-yard touchdown run for his second score of the season. The Tigers escaped with a 17-10 halftime lead after a Virginia Tech Hail Mary pass was caught at the one-yard line as the half expired, but the Hokie receiver failed to cross the goal-line.
After Myles Murphy forced his third fumble of the season, Clemson cashed in on the turnover with a seven-yard Lawrence touchdown run to open the second-half scoring. The Tiger defense continued to wreak havoc, as Derion Kendrick scooped up a Virginia Tech fumble and returned it 66 yards for a touchdown to give Clemson a 31-10 lead heading into the final frame.
In the fourth quarter, Lawrence found Cornell Powell for a 65-yard touchdown bomb on his last snap of the evening. On the first and only snap of the game for D.J. Uiagalelei, Darien Rencher, who won the Disney Spirit Award earlier in the week, took a handoff 50 yards for the first touchdown of his season and longest rush of his career.
The Tigers will play in their sixth consecutive ACC Championship Game in Charlotte, N.C. on Saturday, Dec. 19, in a rematch with Notre Dame. Kickoff for that title game is slated for 4 p.m. ET on ABC. 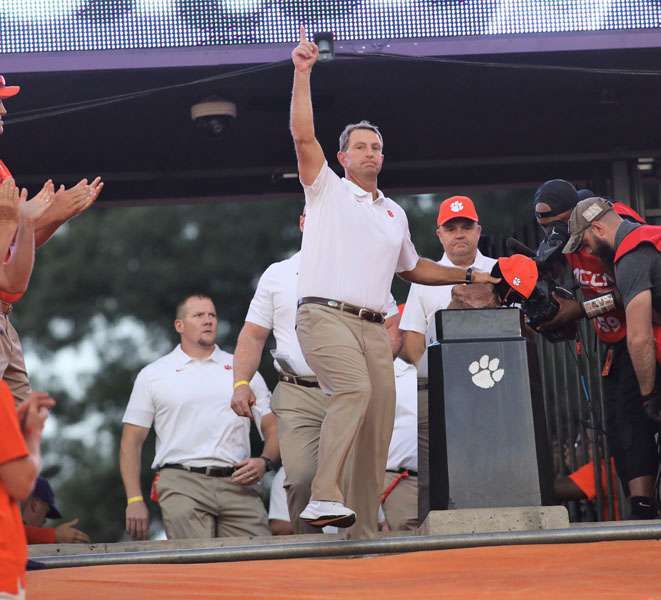