Swinney Impressed with Play of his Freshman Quarterback 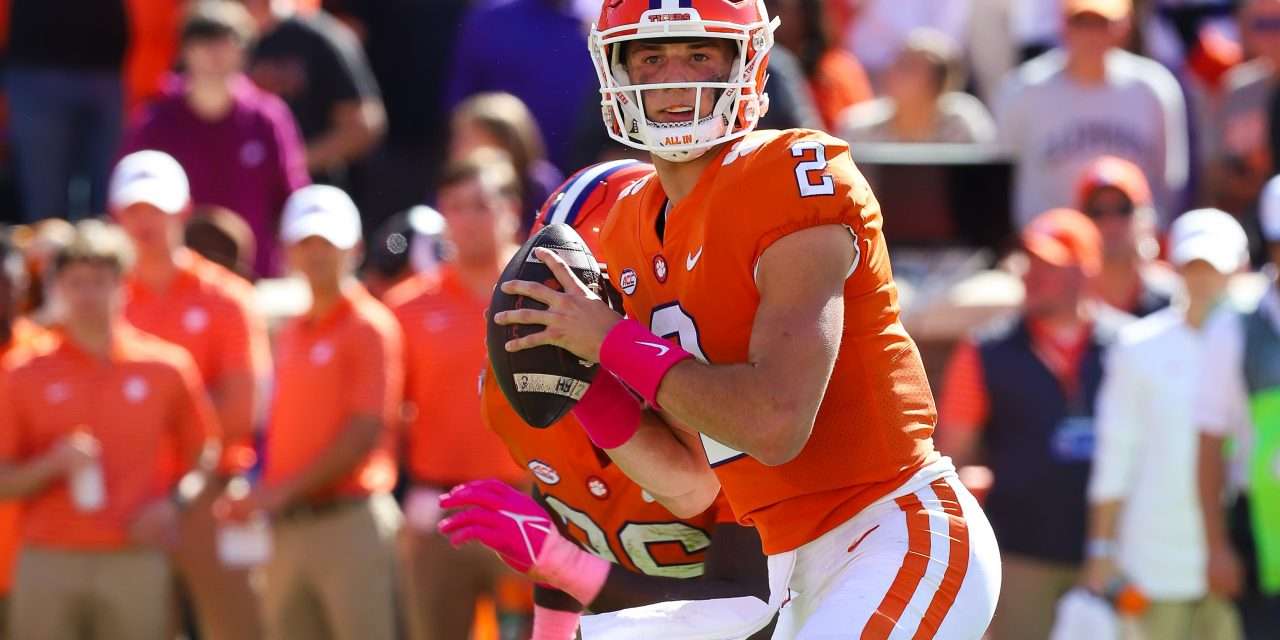 CLEMSON, S.C. — Dabo Swinney made it clear that DJ Uiagalelei is Clemson’s starting quarterback. However, the Tigers’ head coach made it clear during his call with the media on Monday evening that he was not going to let his quarterback turn the football over for a fourth time.

That’s why he chose to take Uiagalelei out and bring freshman Cade Klubnik in. The decision paid off.

Klubnik did not turn over the football and provided a spark on offense, helping the fifth-ranked Tigers rally for a come-from-behind win over then No. 14 Syracuse.

“DJ made three turnovers. I wasn’t going to give him a chance to have four,” Swinney said. “When your ACE is on the mound, you have an expectation. Even the best of the best, you need to change it up sometimes.

“They weren’t stopping us. We rushed for 327 yards. We were doing what we needed to do. We just couldn’t get out of our own way. We got into such a hole.”

Clemson (8-0, 6-0 ACC) was down 21-10 when Klubnik came into the game. Uiagalelei had thrown his second interception on the previous drive. He also had a costly fumble in the first quarter, which was a 90-yard scoop-and-score for the Orange.

But the turnovers stopped after Klubnik entered the game. Though he did not throw up any big-time numbers and fill up the stat sheet, the Texas native took care of the football and managed the game.

The Clemson running game netted a season-high 293 yards, with running backs Will Shipley (172 yards, 2 TDs) and Phil Mafah (94 yards, TD) having career days. The defense also did its part to help Klubnik by shutting down the Orange, limiting them to 119 total yards and no points in the second half.

“He had a couple of mistakes, but he settled us down,” Swinney said about Klubnik. “Cade did a really good job and made some good decisions and made some nice throws. He has great arm talent.

“The more he plays, the better he will be. We have a bright future with that guy. It’s tough to go into a game down eleven (points) in the fourth. He took care of the ball. He gave us a different spark. The guys responded. The biggest stat in that game is that there were no points off of turnovers on our defense. They got the scoop-and-score, but that wasn’t on our defense. We only had three offensive turnovers coming into the game.”

Clemson is off this week and will get back on the playing field on Nov. 5 when it travels to South Bend, Indiana to take on Notre Dame. The game is scheduled to kick off at 7:30 p.m. and will be televised on NBC. 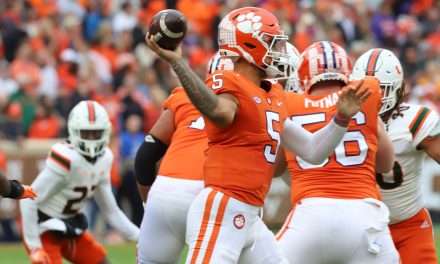 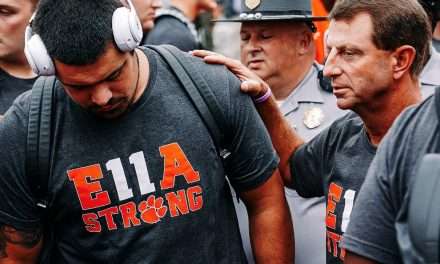 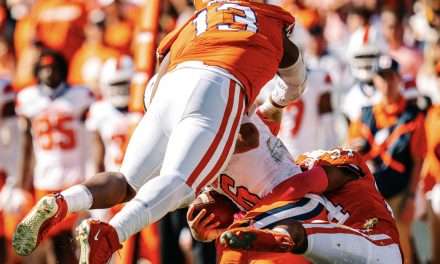