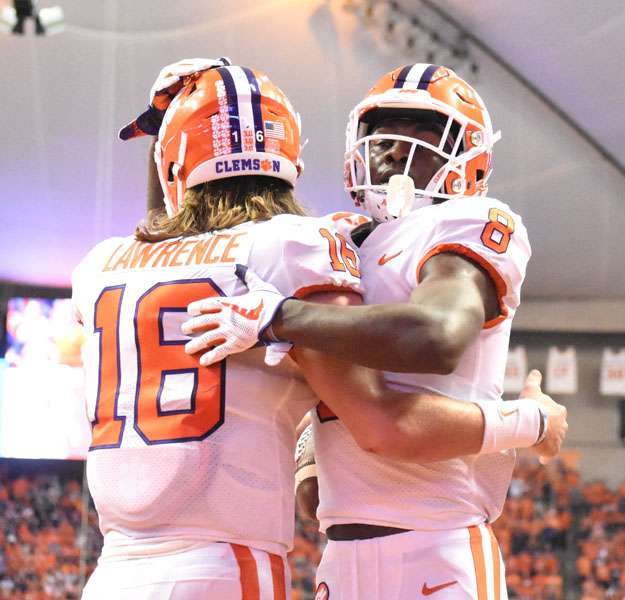 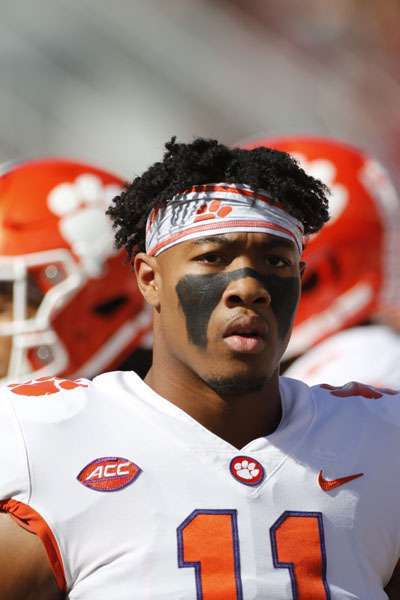 CLEMSON, S.C. — The Atlantic Coast Conference announced today that quarterback Trevor Lawrence (Co-Quarterback of the Week), offensive lineman John Simpson (Offensive Lineman of the Week) and linebacker Isaiah Simmons (Linebacker of the Week) have earned ACC Player of the Week honors for their performances in Clemson’s 41-6 win against Syracuse on Saturday.

With the three selections, Clemson has now collected a total of 463 ACC weekly honors since 1978. It marks the third time since 2018 that Clemson has had three players earn weekly honors in a single week, joining the Texas A&M and South Carolina games last season.

Lawrence’s selection is his first of the season and the sixth of his career. He joins Woody Dantzler, Tajh Boyd and Deshaun Watson as the only Clemson quarterbacks to earn six career ACC weekly honors. Lawrence completed 22-of-39 passes for a career-high 395 yards with three passing touchdowns in addition to tying his career high with 42 rushing yards and rushing for a touchdown for a third consecutive game.

Simpson’s selection is the second of his career and his second in as many weeks. He becomes the first Clemson offensive lineman to earn weekly honors in back-to-back weeks since Mitch Hyatt against Georgia Tech and NC State in 2017. Clemson’s offensive line held Syracuse’s potent pass rush without a sack and helped power Clemson to more than 600 yards of offense for the second time in three games this season.

Simmons’ selection is the first of his career. He became the first Clemson linebacker to earn ACC Linebacker of the Week since Dorian O’Daniel following a 2017 contest against Virginia Tech. The Clemson coaching staff credited him with 11 tackles including career highs in tackles for loss (3.5) and sacks (2.0).

The honor is the second received by Simmons for his performance last week. On Sunday, Simmons collected National FBS Defensive Player of the Week honors from the Walter Camp Football Foundation, becoming the ninth Clemson player to receive Walter Camp National Player of the Week honors since 2004 and the second to do so this season, joining Travis Etienne following his performance in the season opener against Georgia Tech.